Architects: Want to have your project featured? Showcase your work through Architizer and sign up for our inspirational newsletter.

The brutalist megastructure Cumbernauld Town Centre in Scotland is to be demolished and replaced with a new one. Many historians deem the demolition damaging to architectural heritage while supportive comments about the demolition are widely heard from the town residents.

The town center was part of a plan that founded the new village of Cumbernauld, Scotland in a bid to diffuse the population from Glasgow to surrounding towns. The building, designed in the 1950s aimed to provide convenience to the community living by bringing apartments, retail, healthcare, a hotel, a skating rink and even educational facilities altogether under a single roof; it was at the forefront of the defining the new typology that later became known as a megastructure. Construction continued from the 1960s to the 1980s in different phases and later refurbishments painted the form colorful.

The idea driving the design was to an urban one. When planning for the new town of 50,000–80,000 people, urban designers came up with a scheme where the community’s shops and amenities would be concentrated within a single building, sot that the residents of the high-density housing that surrounded it would all be required to converge under a single roof. The various neighborhoods would be connected to the structure via pathways (covered and uncovered). Notably, the design was completed and the design had began before the term ‘megastructure’ had even been coined (in 1964). The concept would play a leading role in architectural discussions — especially those led by radical architecture groups like the Metabolists, Archigram and Superstudio — over the subsequent decade, though few were ever built.

The Cumbernauld Shopping Center served as a case study for megastructures in many university classes. Yet, as time passed, the already complicated form became even more visually fragmented. Aside from those with a nostalgic appreciation for the original design, hardly any positive comments could be made on its aesthetics. Meanwhile, it is difficult to recognize its brutalist identity from its current appearance. Looking at the photos, one is more sympathetic to the town center’s crude two-time title as the “most dismal” place in Scotland.

Cumbernauld Town Centre is just one of many brutalist buildings to be abandoned by the 21st century; however, as a megastructure, it is rather unique. The 1.5-hectare estate Robin Hood Gardens in London by Peter and Alison Smithson has been under demolition since 2017. Two campaigns were mounted to save the massive Brutalist residential complex from demolition but failed. Only a three-story section will be preserved by the Victoria and Albert Museum for historical records, including two maisonette apartments, their facades and a walkway. Even listed structures are not 100% secured, as their listed status could be revoked to make way for redevelopment.

Brutalist architecture was not only fashionable in the UK but also gained widespread international favor after WWII. The massive, straightforward forms and honest, intensive use of concrete were avant-garde at the moment not only for the style but also for the idea of bringing multiple facilities together in one complex. Concrete was often the language of build megastructures. The elimination of decorations and the use of cast-in-situ concrete allowed for fast establishment or re-establishment of communities in the post-war recovery period when resources were generally short and the need for build space overwhelming. The material and the new typology were also free of historical baggage; just what was needed in the wake of a war that seemingly marked the end of history.

Yet, many of the buildings were done in hurry or lacked sufficient budgets for their upkeep; they therefore required careful management and regular maintenance to ensure they remained useable. Indeed, while the concrete structures are strong enough to stand for decades because of the tough nature of the material, the softer parts like lighting, electricity, interior finishing etc. are easily damaged and degradated, influencing the quality of living and use-value.

Fashion changes every season every year so does the preference for architecture, although less frequently. Taking the outdated ones down and building new ones on top of them is the easiest way to execute while also favoring the market with trending styles. However, we should not wipe off traces of urban history for trends that are eventually going to change again. It is the rich history of a city that makes the city stay unique under globalization and it is the collective memory associated with every corner of the city that makes our city special to us.

Take, for example, the Boston City Hall — a typical brutalist structure that, being typical, received criticism over years. Instead of demolition, surgical interventions are employed to make the building civic again. The design team improved the security system, redesigned the navigations and lit up the space with brighter and more energy-efficient LEDs lighting to make the building more welcoming. A coffee kiosk and seating areas are added to improve visitors’ experience. The urban landscape around the city hall is also under renovation with the aim of neutralizing the cold concrete buildings and inviting visitors with more vegetation, seats and areas for gathering.

The Grade II listed Barbican Estate in London is another great example of a “living” brutalist building, which is also a megastructure. Unlike the suburban Cumbernauld Town Centre, the Barbican stands on a bombed site of 14 hectares within the tight urban context of central London. It includes some 2,000 residential units, galleries, schools, a theater, a conservatory, a library, water gardens and elevated pedestrians that connect everything. Refurbishments, including one in 2007 which spent £35 million, were carried out to meet contemporary needs. Its brutalist appearance has been honestly preserved — much to the chagrin of some loud voices. Meanwhile, there are plenty of those who embrace the form and the idea of living in a community held within one complex.

Compared to its successful contemporaries, the refurbishments of Cumbernauld Town Centre were not critical enough for it to catch up with nowadays standards, either functionally or aesthetically. As one of a few megastructures ever built, is there a historical argument to be made for restoring this rare building? After all, the Cumbernauld Town Centre represents more than just brutalist aesthetics; it is a concrete implementation of innovative urban design concepts from the post-war period. (This is not to mention the environmental argument: it is a waste to demolish the massive concrete structure, which consumed a considerable amount of resources to build. One can only hope that it will be recycled into secondary materials.)

On the other hand, even though the “notorious” megastructure is going to be replaced by a new one of nothing recognizable in design and style, one could argue that it is unfair to maintain a dysfunctional building that is not improving life quality in any way for the locals. Perhaps a good renovation could save the Cumbernauld Town Centre, but we are probably going to miss it forever.

Architects: Want to have your project featured? Showcase your work through Architizer and sign up for our inspirational newsletter. 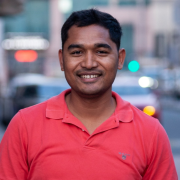 I started making Websites back in September of 2011. I started taking Photos and Videos more seriously in late 2015. I am an Interior photographer and designer. I am an energetic guy who has been working in the design and creative field since I first started dabbling with Photoshop at the age of 16 back in the year 2009.

Get Out the Vote: Have Your Say in the World’s Best Architecture!

Get Out the Vote: Have Your Say in the World’s Best Architecture!

Subtractive Manufacturing: The Quiet Machine Revolution that is Reshaping Architecture

7 Ways To Promote Gender Equality in Your Architectural Practice

Please consider supporting us by disabling your ad blocker